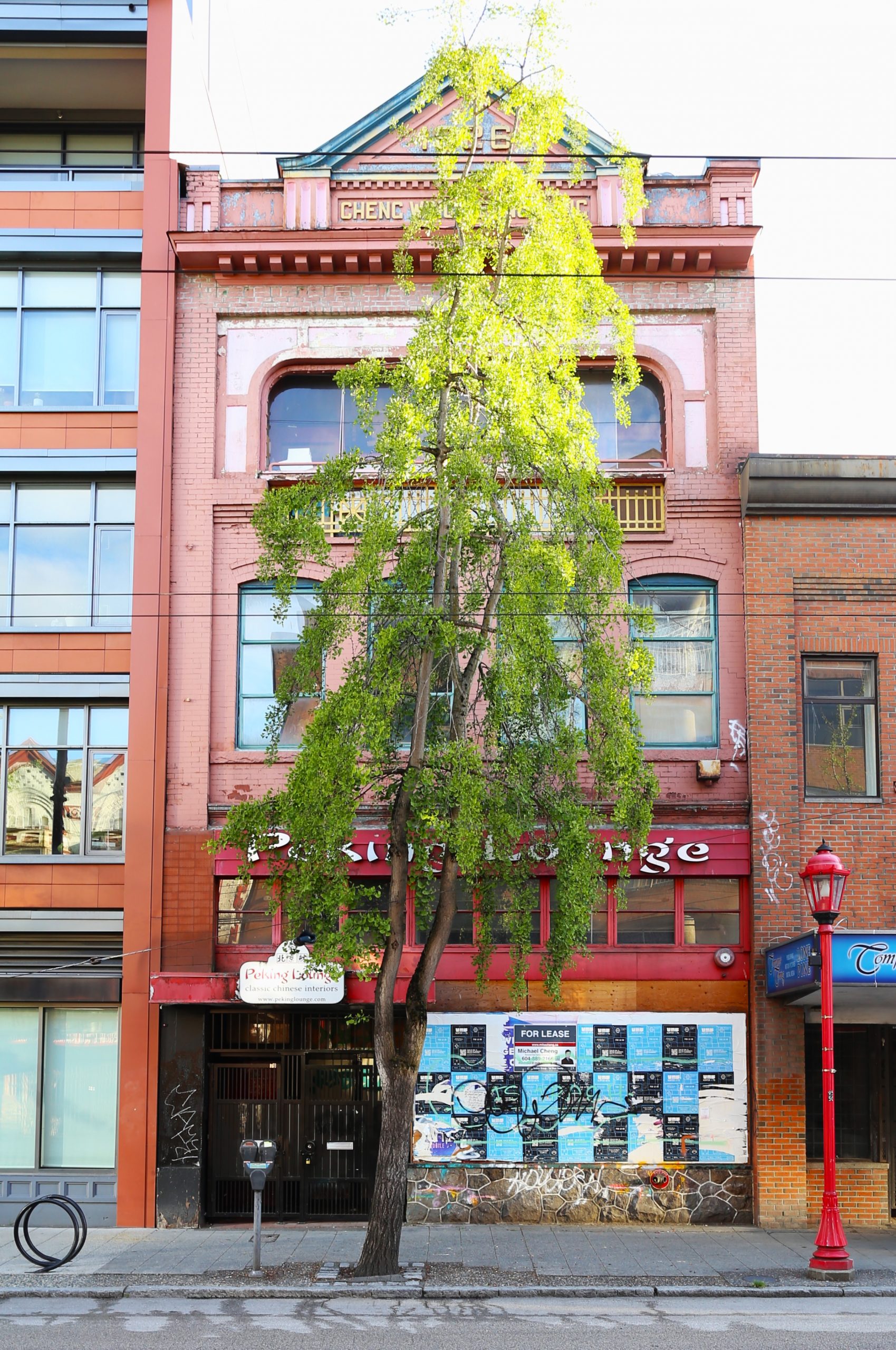 The Cheng Wing Yeong Tong Society Building illustrates renovations and additions made to a decade-old existing structure during Chinatown’s boom years of the 1920s.

The lower two storeys were built in 1911 with Italianate-style brick building. The architects of record are Campbell and Dawson; the drawings, dated 1915, are signed by W.H. Chow, Vancouver’s first Chinese-Canadian architect, whose work is prolific in Chinatown. The third storey, added in 1925-26, by architect Henry Holdsby Simmonds was purpose-built to serve as the headquarters for the Cheng Wing Yeong Tong Society.

The building, as altered, reflects the characteristics of the developed Chinatown architectural style, particularly seen in the recessed balcony and pediment-capped parapet. This layered history, with its multiple architects, added density, and the addition of ‘Chinese’ elements, contributes to the building’s heritage value.

The building’s heritage value also derives from its role in the organizational life of Chinatown. The building has been owned and used by the Cheng Wing Yeong Tong Society for almost a century.

The Society takes considerable pride in Douglas Cheng (Jung), the first Chinese-Canadian to be accepted to the British Columbia bar, the first to be elected to Parliament (representing Vancouver Centre, in 1957), the first to represent Canada at the United Nations, and an active campaigner for the repeal (in 1947) of the Exclusion Act, which prevented Chinese-Canadians from obtaining citizenship.