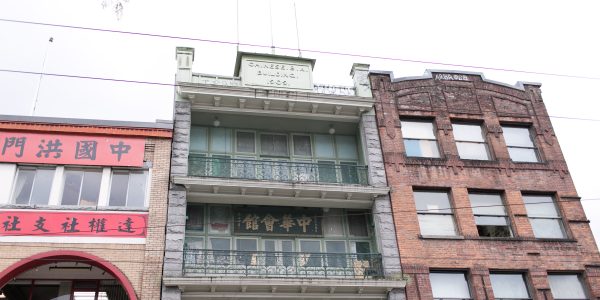 The Chinese Benevolent Association of Vancouver was informally established in 1889 and formally registered with the British Columbia government in 1906. The CBA has played a leading role in fund-raising for causes in China and as spokesman for local Chinese interests.

The Chinese Benevolent Association (CBA) of Vancouver was informally established in 1889 and formally registered with the British Columbia government in 1906. In 1909, organized by Chinatown’s leading businessmen, the Association purchased its own building at 108 East Pender. Wang Yu Shan sold the land to CBA at no profit, and Yip Sang, owner of the Wing Sang Company, and Chang Toy, owner of the Sam Kee Company, supervised the construction work.

The CBA has played a leading role in fund-raising for causes in China and as spokesman for local Chinese interests. It lobbied government on many political and social matters, such as establishing burial rights for the early Chinese communities in Victoria and Vancouver, opposing the Head Tax, and successfully achieving the relaxation of the Immigration Act in 1956 which permitted Chinese-Canadians to bring their wives from China. Within the Chinatown community, the CBA was recognized for being impartial, speaking for members regardless of surnames, birthplace, or political allegiances, and as such helped mediate and resolve conflicts among organizations.

In addition to its political work, the CBA also supported the development of health and educational services. In 1910, a hospital was established in the building, and, in 1917, the Chinese Public School became a tenant. The CBA, hospital, and school illustrate important aspects of how the Chinese community organized itself in Vancouver.

The architecture of the CBA Building also has considerable heritage value. Built in 1909, it represents the first full expression of the distinctive Chinatown style, with features including vertical proportions, recessed balconies, an inscribed parapet, and a meeting hall on the top floor, accessed by a staircase along one side.

In 2015, with financial assistance from City of Vancouver Chinese Society Building Matching Grants, CBA undertook renovation to replace the roof, repairs to the building envelope, and electrical upgrades.

Chinese Canadian Historical Society (2005). Historic Study of the Society Buildings in Chinatown. Report prepared for the City of Vancouver. Available from City of Vancouver. http://vancouver.ca/files/cov/historic-study-of-the-society-buildings-in-chinatown.pdf

A Heritage category defines the historical significance of a building.

Learn about each category here