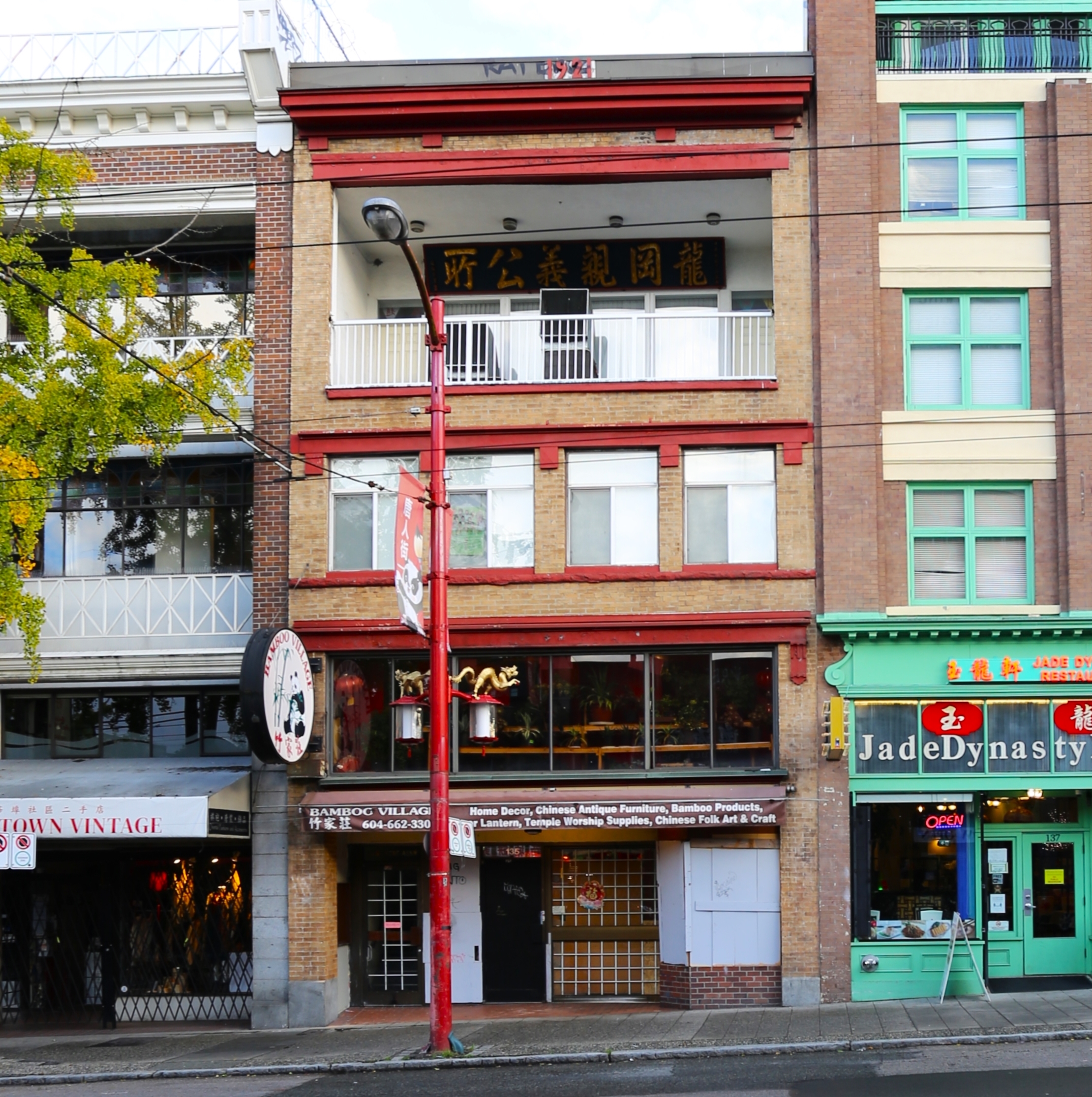 The Lung Kong Association is a clan organization of the four surnames: Lau, Kwan, Cheung, and Chiu.

According to legend, this association can trace its history to the beginning of an unstable period in Chinese history, during the Han Dynasty, four men with the four different surnames volunteered to join the imperial army and decided to make a pledge to each other of eternal friendship, brotherhood, and service to the country. In 1661, descendents of these families built a Lung Kong Ancient Temple in the city of Hoiping in Guangdong Province. When descendants of the four families migrated abroad,  they established branches of the Lung Kong Association to develop social networks and to assist new arrivals. The first Lung Kong Association in North America was formed in San Francisco in 1875.

The building was built in 1923 to the designs of local English-Canadian architect A. Ernest Henderson. It had many of the features of the Chinatown architectural style developed a decade earlier that by this time had become accepted for new and renovated buildings along East Pender Street. Originally called the “Business Building,” it is less flamboyant in its design than many others of the type.

At least three family associations have occupied the building: the Hoi Ping Association, the Lung Kong Kung Shaw Association, and the Lee Kwong Kai Society. The latter two groups have been associated with the building since its construction.

Lung Kong Associaiton. Victoria’s Chinatown: A Gateway to the Past and Present of Chinese Canadians. University of Victoria. Website.