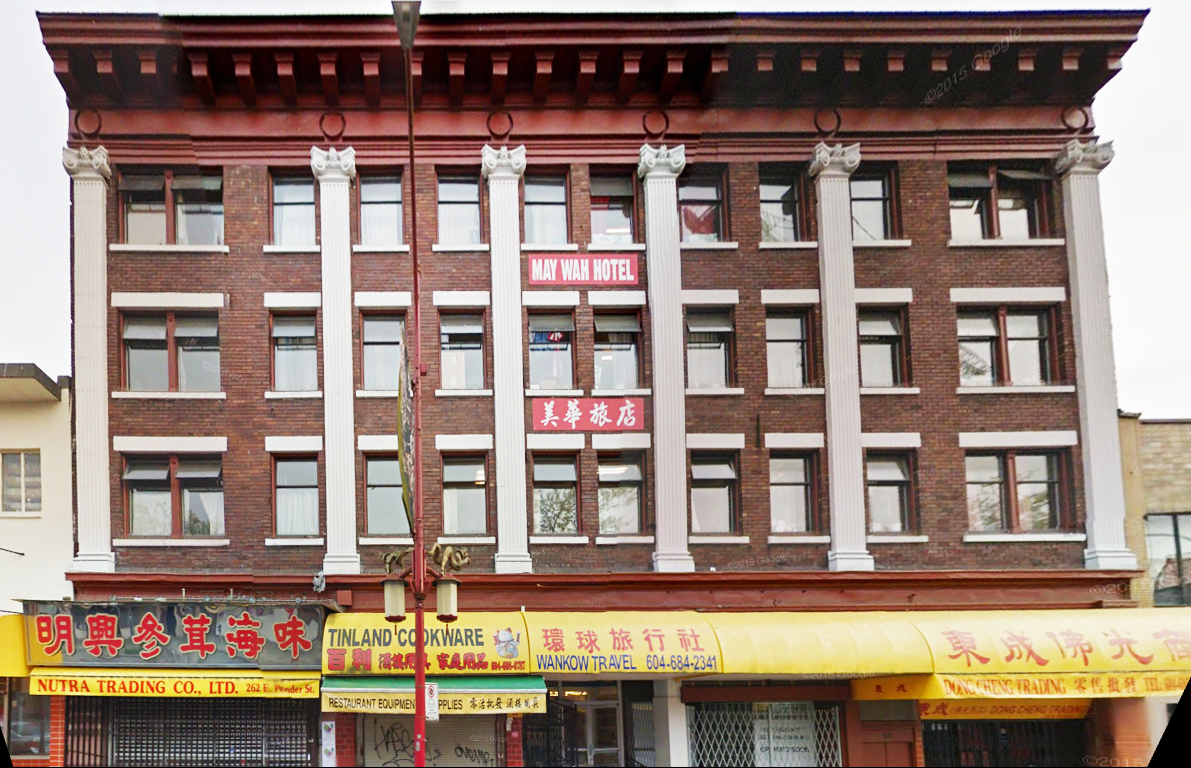 The May Wah Hotel has existed under that name at its current address since 1980. The building dates from at least 1914, and has usually been a hotel, under various names.

The May Wah Hotel is of value as an enduring work of Vancouver architect William Frederick Gardiner, as an example of a Vancouver hotel designed after the introduction of the City’s 1910 Lodging House By-Law, for the way its subsequent use typifies Vancouver’s Chinatown buildings associated with Tongs, and for its association with the important entrepreneurial Chinese-Canadian Louie family.

Despite the replacement of its original fenestration with modern units, this imposing hotel, built in 1913 to the designs of Vancouver architect William Frederick Gardiner for the business partnership of Barrett and Deane, retains much of its original character and makes a significant contribution to the Chinatown streetscape and skyline. Gardiner’s adept use of Neo-Classical elements, including monumental pilasters and cornice, speaks to his versatility and confidence with many architectural styles, including Tudor Revival, and, after the First World War, with Streamline Art-Deco.