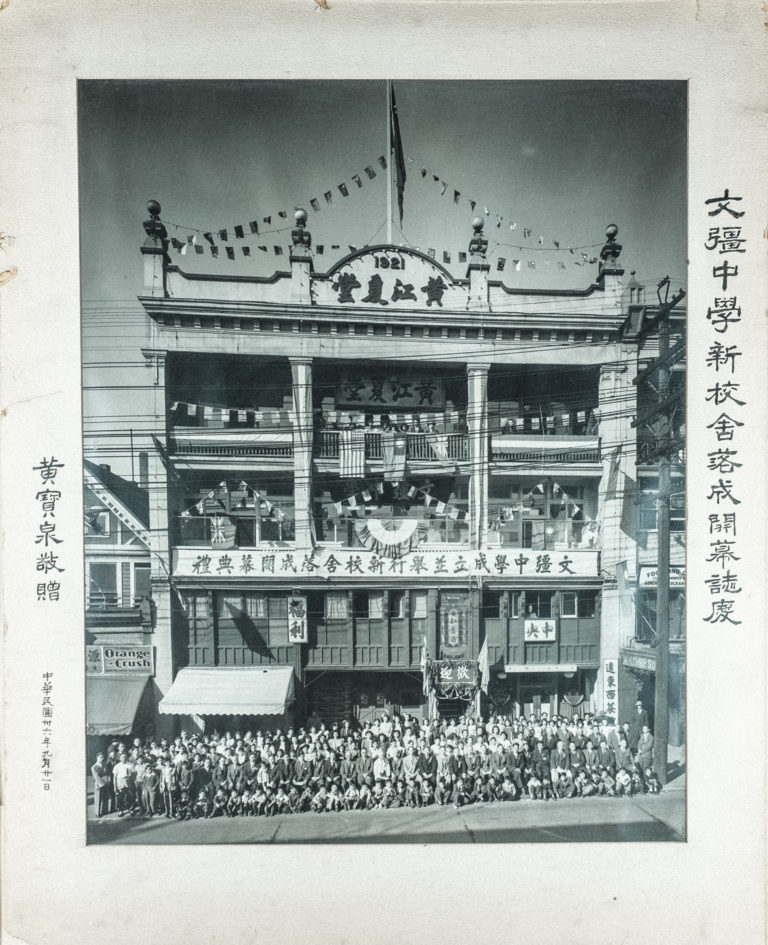 In 1970 the Wong’s Benevolent Association was officially formed through the merging of the Wong Kung Har Tong and the Wong Wun Sun Society.

The building was originally built in 1910 with a first, mezzanine, and upper floors. Wongs’ Benevolent Association demolished the upper floor of the original building and added two new floors for a school and an association assembly hall.

The renovations, some of which were designed by the Chinese Canadian architect W. H. Chow, reflected the growth of Chinatown in the 1920s. The decorative details of the altered building and the location of the assembly hall high above the street were used to signify the status of the Wong clan in China and in the Chinese Canadian community.

Of the alterations, the recessed balconies is a key feature of the Chinatown architectural style and demonstrates the continuing importance of the feature in asserting the Chinese Canadian cultural identity.

The building is also referred to as the Mon Keang School. Since 1925, until recently, Chinese children have attended Chinese language classes here. In 1947, after the repeal of the Exclusion Act and the unification and growth of many families, the school was the first in Canada to offer high school level Chinese classes. The heritage value of the Wongs’ Benevolent Association’s Mon Keang School Building was formally recognized and listed in the Canadian Register of Historic Places in 2003.

A The heritage category defines the historical significance of a building.