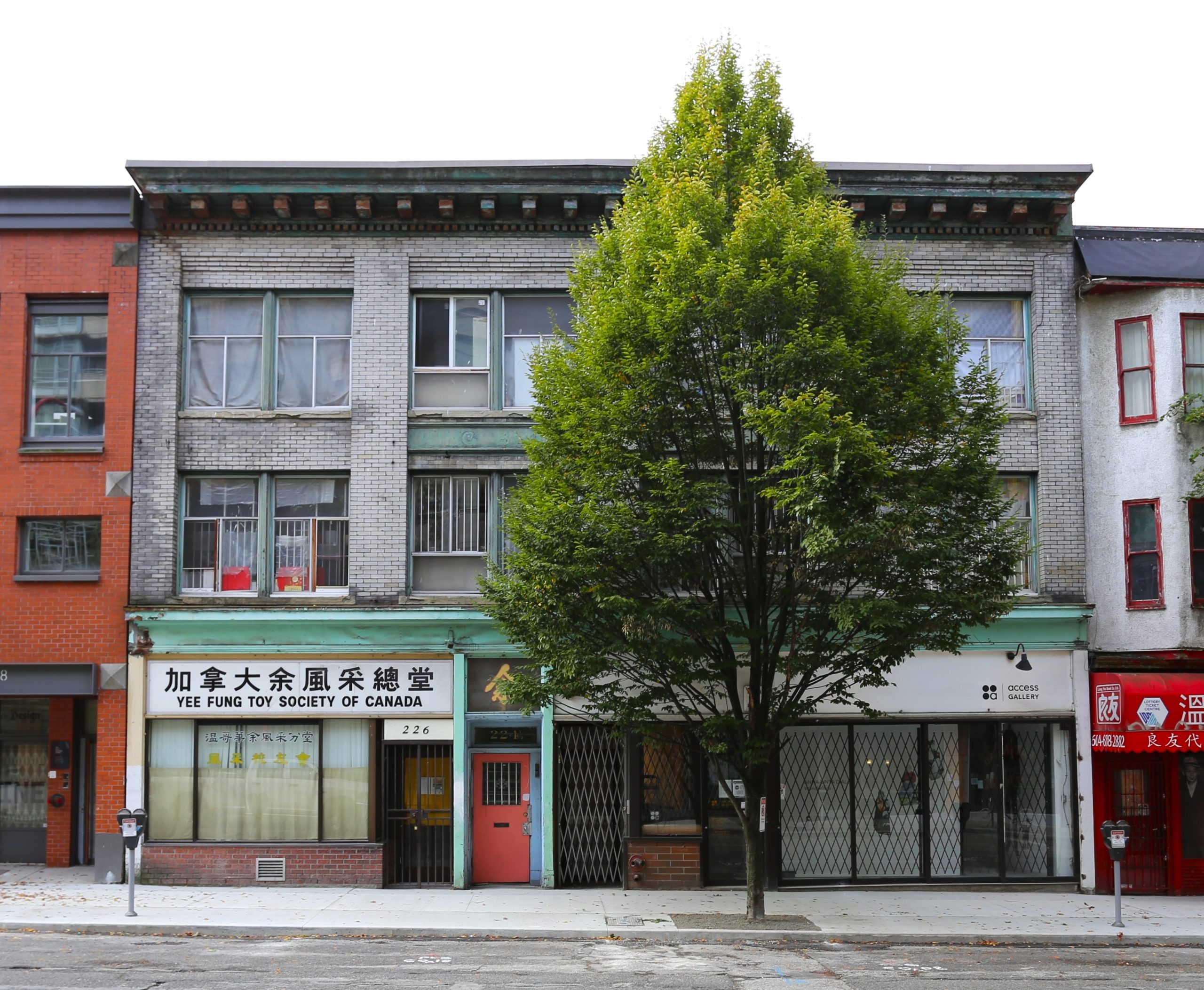 The historic place is a three-storey brick commercial building, with retail shops on the ground floor and apartments above, in the southeast part of Vancouver's historic Chinatown.

The building was constructed at the height of Vancouver’s pre-World War I building boom by one of Vancouver’s better-known architects, Edward Evans Blackmore. It is typical of its time as a small commercial/residential block.  Blackmore was employed by George King, after whom the block is named. The residential rooms above were known as the ‘Shakespeare Rooms’.

Yee Fung Toy Society was formally established in 1904 in Victoria, Vancouver Island.  The building was purchased by the Society in 1948 as the Society relocated to Vancouver. A grocery store named  ‘Kwong Man Sang’ had been located on the ground floor from as early as 1916. Renovation to the ground floor retained a smaller commercial retail space and created a society hall.

In 1984 during the ninth Society Convention the Yee Fung Toy Society of Canada in Vancouver was officially recognized as its Canadian headquarters. Today Yee Fung Toy Society maintains 12 housing units on the upper floors and uses part of the ground floor for its membership activities.

C The heritage category defines the historical significance of a building.